On the Road: Memphis, Tennessee

I'm a little behind in posting - we've actually moved on down to beautiful Gulf Breeze, Florida now. Our last stop - after Nashville - was Memphis, Tennessee. We were there for just two days, so the two things we did were to go to Graceland and to the National Civil Rights Museum. What a contrast!

We tried something different with the camping - there is an AgriCenter International where they do farming and have a big events complex and also a great Farmer's Market, and they have an RV Park. We knew the RV park would be "rustic" - meaning it was more or less a field with RV hook-ups. But since we were just there a couple of nights and the idea of the big Farmer's Market was appealing, we gave it a try. Well the RV park was pretty dumpy! I can't recommend it even as just a stopover. So, as Forrest Gump said, "Life is like a box of chocolates; you never know what you're gonna get." We add to our list of "experiences" - which is our way of saying that even the things that aren't great are still part of the adventure ....

The Farmer's Market was extremely nice: 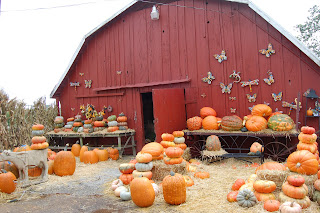 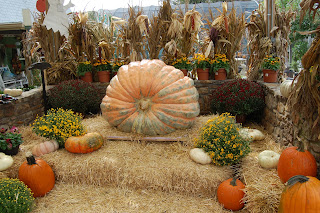 The first day, we went to Graceland, the home of Elvis Presley. I was curious to see it and much of it was quite interesting. I have to say though, that it is the most over-commercialized place I have ever been, and that part is almost offensive. And, it's quite expensive - you pay $10 to park and the Platinum Tour is $36 per person. So that is $82 for two people to visit Graceland. I don't regret it, but if you plan to go, just know that it's pricey and you may feel as I did - Glad I saw it, but not sure it was worth the price!

Here are some pictures:

From the outside, Graceland is a gracious southern mansion 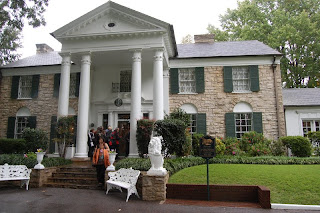 Inside, it's a time-warp - the rooms preserved as they were decorated when Elvis lived there. Of course the decor was from the times, and that in of itself is interesting! What were we thinking with shag rugs? But even for the times, Graceland's decor is rather strange - though I don't think anyone would be surprised by that!


The next day, we went to the National Civil Rights Museum. This is located at the Lorraine Motel, where Martin Luther King was killed. This was a totally different experience - very moving and educational. And, parking was free and it only cost $11 per person for the museum. There was a 30-minute film about Martin Luther King's last days and his assassination. You can view the room he stayed in the night before he was killed, and the spot on the balcony outside his room where he lay shot. You also tour the building across the street, including the room from which James Earl Ray fired the fatal shot. But it's not just about MLK, there is the whole history of the Civil Rights Movement - the signficant events, marches, murders, protests and all the key players. Really inspirational to remember - or learn for the first time - about simple, ordinary people who put their lives at risk for equal rights.

So, we visited two places of history, honoring two men who died too young, and who both were called "King." Graceland was interesting but very commercial. The National Civil Rights Museum was very moving and educational. It was a weird contrast for us over the two days, and I have to say that we got more out of the Civil Rights museum.

We're in Florida now, and we'll be moving further south in a couple of weeks.  Hope you're all having a great day!