Sangha is a Sanskrit word that means "community." One of the most wonderful things about being a yoga teacher is being part of a community of students who share a common interest and enjoy learning together.

I recently had the revelation that, in my deepest essence, I have not changed much since I was a little girl of age seven or so. At that age, I loved to go to school and church and be part of those communities. I loved to learn. I loved to be with and play with my friends. And then, I loved to go home and be alone.

And now, I love going to teach my classes at the beautiful studio here or to take classes myself. I need to be in a learning environment in order to thrive; I love being with my sangha; I love tlking and laughing and playing with my friends. And then, I like to go home and be alone!

It's funny how we have to go a long way in life, maybe even travel far from home, explore different jobs, different relationships, different places and ways of living, only to find that who we were at the age of 7 or 8 is who we've really been all along.

Here are some photographs from the Annual Open House at The Yoga Sanctuary yesterday. This is where I am so fortunate to be a teacher these days. My heart is filled with gratitude for this place, these people and for the miraculous ways of the universe that kept bringing me to yoga again and again throughout my life as if to say, "Pssssst...here is your path! Over here!" And it never gave up on me as I tried different paths - it simply kept whispering to me until I finally listened.


Open House at The Yoga Sanctuary 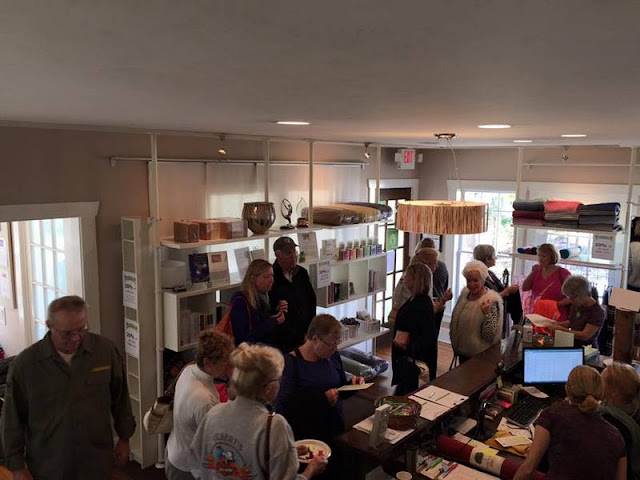 On your left, Jennifer French, owner of The Yoga Sanctuary
and on your right, Me. 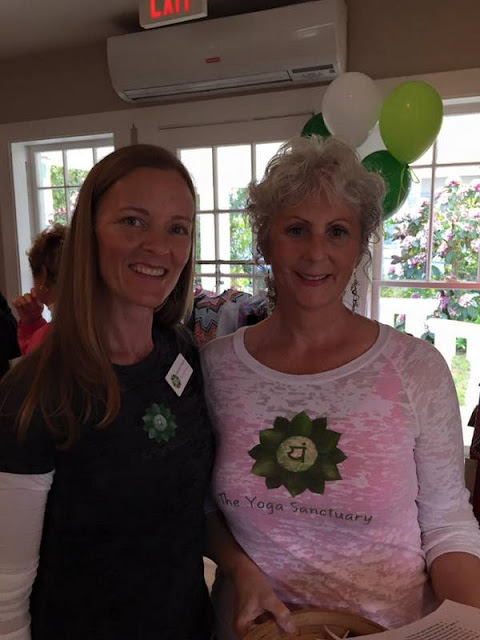 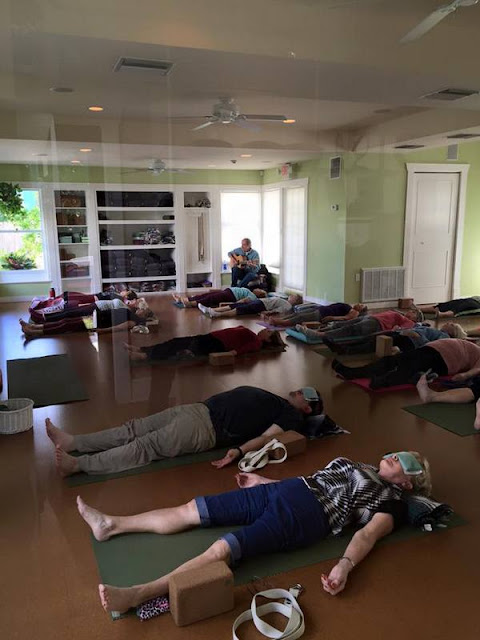 The Things We Don't Know The other day, I had my perceptions of someone turned upside down. And in that moment, it crystalized for me how pointless it is to hold grudges or anger or bitterness toward other people for their transgressions against us.

This person was unkind to me a long, long time ago. We're talking probably 45 years ago. But when we are kids, acts of youthful thoughtlessness and unkindness carry a sting that can last a long time.

So it's not that I have hated this person all these years, or carried any sort of active burden of anger. But if someone were to ask me about her, I would have remembered first the unkind thing she had done and I would have said that my memories of her were not fond.

It was a small meanness that she inflicted, really. She was my friend. We played together and walked to Jr. High School together. We went to the same church. I liked a boy. The boy didn't like me; he liked other girls. After a while it seemed that my friend liked the boy too. One morning, as my friend and I walked to school together, she proceeded to tell me about a party she had had at her home the night before. A party she invited the boy to. A party she did not invite me to.

Funny thing is, though I was a little upset about the boy thing, I was more upset that she seemed to think it was just fine to be telling me she'd had a party and not invited me! That's what really stung. I was in such shock that I don't think I said much, but I was deeply hurt.

By the next year we were in high school. I'd blossomed into the kind of girl that the boy would have liked, but by then he'd gone away to prep school. The friend and I drifted into new groups of friends. There was no big break-up or fight, it was so gradual as to have happened almost without even noticing. The new group she hung around with was kind of wild.

Then, she disappeared. For months. I noticed she was missing. There was a little talk about it. But it was a mystery as to where she was. And it's remained a mystery to me all these years.

Until the other day, when I had lunch with someone from my home town, who, as it turns out, was part of that wild group my friend joined up with. We reminisced about all sorts of hometown things - people, places, events. And eventually the name of my old friend came up. And this person told me, as they say, The Rest of the Story.

My friend had gotten pregnant (she would have been 15 or 16 years old). She told NO ONE. Not her parents. Not her friends. She had an after school job. She saved her money. And in her third trimester, she went to her parents and told them that a) she was pregnant; b) she was giving the baby up for adoption; c) she had arranged to go somewhere for the next three months until the baby was born; d) she had paid for everything. When it was done, she returned to school and it was only then that she told her friends.

How incredibly brave she was! How strong! She could have chosen an abortion, but she chose to have the baby and give it up for adoption. Clearly, she wanted control over the situation and probably thought that telling her parents would take that away from her. She worked. She saved. She researched. She planned. She arranged. And she carried out her plan. At the age of 15 or 16.

At that same age, I got to go to England and Scotland with my family for a month. I danced and sang in the chorus of our high school play. I had a part-time job scooping ice cream at a dairy where my friends and I laughed and had a blast. I gabbed endlessly on the phone with my new best friend.

And while I did all that, my former friend did what she did.

I was awestruck by it. Any lingering animosity I'd felt toward her evaporated. I felt sad and amazed and touched and overwhelmed with compassion for what she had been through and what she had done.

Compassion is an ongoing practice for me. It's hard to let go of old hurts. But this story made me realize (again) that we really never know what is going on in other people's worlds. That's what makes blaming and hating and holding grudges so pointless. I found that not only was I able to take her off my list of "bad guys in my life," I was able to take off pretty much everyone else too.

I feel lucky that I can count on one hand the number of people whom I think were truly mean or hateful to me in my life. So my list was small to begin with. A Little Rumi to Start the Year