I'm participating in DL Hammons' DEJA VU BLOGFEST today. The idea is to "recycle" a past post. This one was originally a guest post over at Becky Povich's blog, and folks seemed to like it. So, it's Deja Vu All Over Again, Folks!

In recent years, actress Shirley MacLaine has become known as much for her unusual beliefs about aliens and spirituality as for her movie roles. She lives here in Santa Fe, New Mexico, and when her book came out a few years ago, I went to the book signing. Yes, she has some offbeat ideas, but I discovered that she makes a lot of sense about certain things. The one thing she wrote about that really resonated with me had to do with this idea of “finding your people.”


The gist of her point was that we are born into a particular family, but that we spend most of our life looking for “our people” outside of that birth family. Some of our family members may be “our people” and some may not. I think there are many people who feel so different from their other family members that they wonder if they were adopted, or if they really were abducted by aliens!

So, off we go into the world, seeking out those to whom we feel connected on a deep soul level. In romantic relationships, we call them our Soul Mates. But this idea of soul mates can go beyond just romantic partners – it can apply to all those in our lives whom we truly call Friend. These are the people who see our flaws and still celebrate us; the ones who show up for us; the ones who sincerely root for us; the ones who “get” us.

A few years ago, I became a yoga teacher. I started teaching at a studio here in Santa Fe, where the teachers have well-established followings. I began by subbing classes. Sometimes no one would show. Sometimes a person would come in, see that there was a sub, turn on her heels and go. Ouch. But then, new people came. And the next time I subbed, they came back. They told people the new teacher was pretty good, and the next time, a few more came. Eventually I had my own classes, and I developed a following. My people had found me and I had found my people – the ones for whom my style of teaching yoga resonated.

I think it’s very much the same for us as writers. Sometimes we want to achieve some concept of “success” so much that we write things that we think will please a certain audience. Are vampires still in? Should I write about vampires? I heard that zombies are the new vampires – shall I write about zombies?

What we need to do is take a deep breath, pause, and ask ourselves: What kind of books do I like? What kind of book have I dreamed of writing? If I love zombies, and have a great idea for a story, I should write it! But only because it’s truly what I love, not just because I think there is an audience for it out there. Because if my heart isn’t in it, then I won’t truly find “my people,” and my people won’t find me .

So, like the yoga teacher, showing up to share what I know and hoping that students will come, find something of value, and return again, as a writer I write what moves me and hope that among the many readers who try me out, one or two will like my work enough to return. Like yoga students, our readers may not show up in droves, they may show up one by one. But over time, those ones and twos become threes and fours, and eventually, we’ve got a following. By being true to ourselves, we’ve found our people.

P.S. When I was little, Are You My Mother? by P.D. Eastman was my favorite book, so I guess I've always been looking for my people! 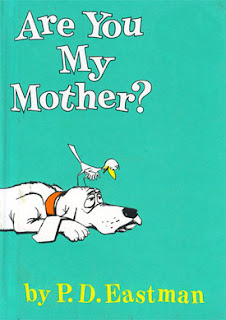 I am a writer and yoga teacher. I am the author of two middle grade novels, The Christmas Village (2012) and Return to Canterbury (2014). In 2022, my poetry won top awards in the Oprelle’s Master’s Poetry Contest, Bigger Than Me, and Coming Home competitions . In 2021, my poetry earned Honorable Mentions for the Prime 53 Award for Poetry and the Vivian Shipley Award, and in 2012 won a top award in the Writer's Digest Annual Poetry Competition. My work is included in the 2022 Oprelle Masters Poetry II Anthology and the Bigger Than Me anthology, and has appeared in a number of online poetry journals. I have been teaching yoga for thirteen years and specialize in meditation, sensory awareness training, and restorative practices.