I grew up in the beautiful town of Andover, Massachusetts. I lived on Central Street, which is a main thoroughfare and one of the loveliest you'll ever find. In fact, a few years back, a magazine named it one of the 10 prettiest streets in New England.

The top section of Central Street is lined with large, traditional New England homes, and a few mansions, like this one. 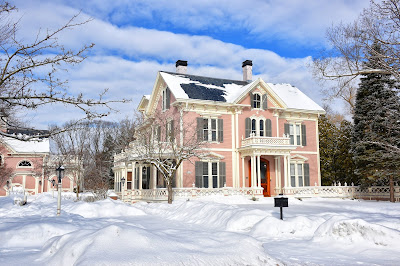 Once you crest the hill and head down toward the Horn Bridge, the homes become smaller, and shall we say, more normal. Ours was a  Cape Cod-style house. It sits on a curve, at the foot of one hill and the top of the another. Everyone of my generation from town knows our house, because you see it the moment you crest the hill coming up from the bridge, and because sometime in the 1960's, my mother got the idea to paint it red.
Now, red Capes were traditional in New England in Colonial times, just not in the 1960's. At that time, the only red houses in town were the brick ones.
My mother didn't usually color outside the lines, but in this case, she knew what she wanted - red with white trim and black shutters, and she went for it.

People freaked out at first because the primer that had to go under the red was pink, and for a while the neighbors were worried we were painting the house pink. That was kind of fun, because sometimes some of the neighbors could be snobbish. I remember Mom having a bit of a giggle over yanking their chains. 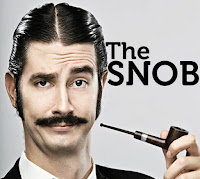 My parents bought that house, new, in the early 1950's for $14,000. All three of us Goodwin kids grew up there and Mom and Dad lived in it for 54 years. Mom eventually had Alzheimer's and then Dad had a stroke, so we had to sell around 2006. Since then, it's been bought and sold a few times, and painted a rather pretty shade of gray-green.

Everyone who knew the house when it when it was red is upset that it isn't red anymore.

The house is for sale again. The price is $569,000. It's only about 1600 square feet and has no garage. But that's what you can get now for a house on one of the 10 prettiest streets in New England.

Here's the photo from the listing. 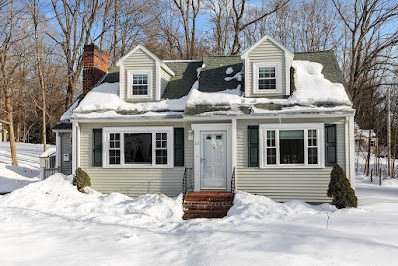 So, this "H" post turned out to be basically about this house. Even though I really wanted to live in one of the big houses up the street, this house was very much a home. We were a nice little, generally happy family. My parents were, like all humans, imperfect. But they were kind, they loved us, never mistreated us, and  kept us safe.
I remember the feeling I always had when I'd come over the top of the hill after walking past all the big houses and imaging what they were like inside, and then glimpse our little one below. My heart would swell with love and joy and almost burst with the word, Home. Home. Home.
I remember being shocked when I got older and discovered that not everyone grew up in peaceful and safe homes, including some who grew up in those big fancy houses up the street. I always joked about what an uneventful childhood I had, but I see that now for the gift that it is. I hadn't realized how lucky we were, in our cozy little Cape, where the cabinet doors never stayed shut, the windows stuck open, and nothing ever seemed to work properly.
If I had money to burn, I'd buy the house and get Chip and Joanna Gaines to do a fixer-upper on it. Then I'd have them paint it red again. Because even though this new color is pretty, it's very ordinary.  The house was a home, and it was ours, and that made it special, and when Mom painted it red, it was like saying that out loud. She knew what she was doing.
****After I put the post up, a friend was able to provide me with a photo of our house in 2005, about the time we were selling it. It was still red then, and you can see the bay windows in front were still there, and Mom's little greenhouse window on the side. I remember when she had that window put in. 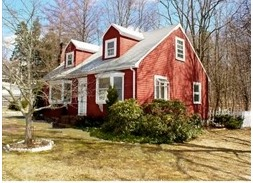