Part III of Our Trip to England and Wales: Liverpool

From Bath, we took the train to Liverpool. We had to change trains in Birmingham, which wasn't difficult - just a bit stressful. We arrived at Liverpool Lime Street Station, which is the station from which my mom was evacuated with her school at the start of World War II. The main purpose of our time in Liverpool was to visit her boarding school and then to go, with a group of school alumni to Beaumaris, Wales. Beaumaris is where the school evacuated to and where the children lived with local families.

So, here we have arrived at Liverpool Lime Street Station: 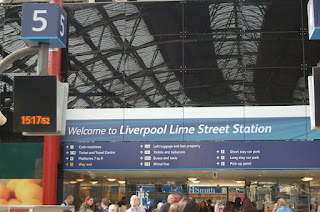 We took a cab to our hotel, which was nicely located near Albert Dock, on the waterfront at the Mersey River. I remember Mom talking about the Mersey River, and my impression was that it was a dirty river. Well, it is a muddy river, but it's not polluted like it was back then when Liverpool was a major shipping and receiving center. Later, one of our companions told us an old joke about the Mersey: "If you fall in, you'll die of poisoning before you have a chance to drown!"

In any case, the river doesn't smell, and Albert Dock has been turned into a very nice tourist spot with restaurants, shops and museums. 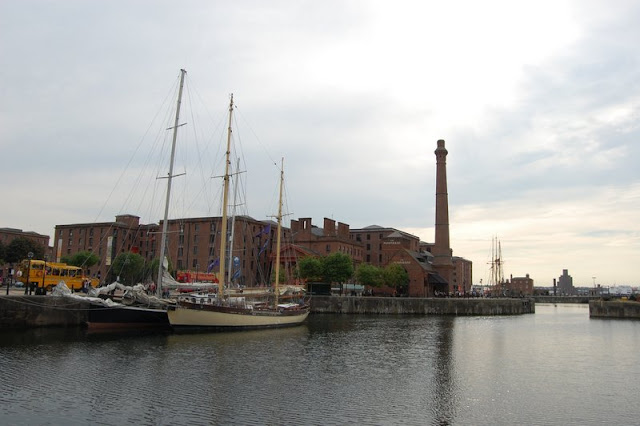 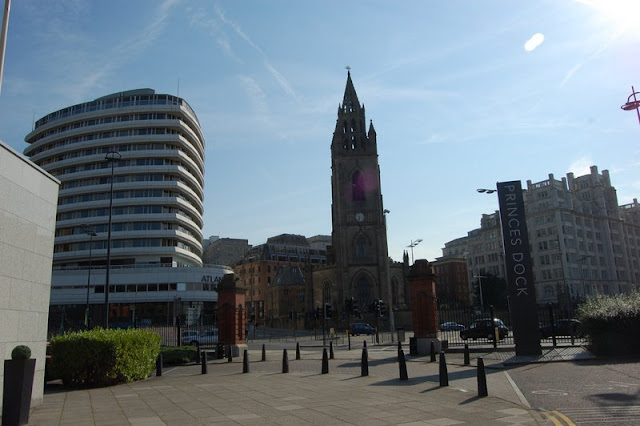 On Monday morning, we went right over to the Liverpool Blue Coat School. When Mom attended, it was known as "The Liverpool Blue Coat School for Orphans and Fatherless Children."
We were greeted by Tony Salmon, Secretary of the Old Blues, an alumni group that helps former students and their families. Tony was the one who first confirmed that Mom had been a student there. We were joined by Richard Morris, current Old Blues President, and Stan Livingston, current Treasurer. The three of them gave us a very thorough tour of the school. They shared stories from their time there. Richard and Stan were boarders there about 10 years later than my mom, but it seems the regime was no less structured or strict.