Part II of Our Trip to England and Wales: Two Days in Bath

From London, we took the train to Bath, where my friend Deirdre lives with her husband Nigel and their three beautiful children, Orla, Lorcan and Ronan. Nigel picked us up at the station and delivered us to our hotel:

Then we went straight to Deirdre and Nigel's house, because I haven't seen Deirdre in more than 15 years! She and I met at UNUM in Portland, Maine - she was a 20-year-old college intern from Limerick, Ireland, and I was a 35-year-old intern - having just finished graduate school and hoping to get a job with the company.  We worked all summer in a department called "Corporate Strategic Planning," - which was like a "think tank" - in other words, a collosal waste of the company's money!! Our jobs were to research our competitors and analyze their strengths and weaknesses. Interestingly, my study was on Paul Revere Company, an insurance company in Massachusetts. Later, UNUM ended up acquiring Paul Revere in a merger. I'm sure my report had something to do with it. ;)

Our office was in downtown Portland, so Deirdre and I would take long walkabouts around the Old Port at lunchtime. I mean, Loooooonnnnnnggggg walkabouts. Eventually, I got a job in another part of UNUM, and Deirdre went back to Ireland, and then on to law school. But we have stayed in touch throughout all these years!

This is Deirdre - she is very, very pretty :) and a very faithful friend :) 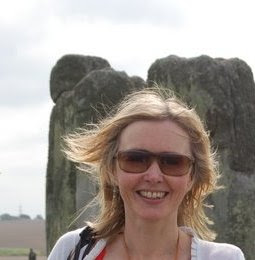 On our first full day, RVPainter and I showed ourselves all around Bath. Once again, we brought blue skies to Britain..

We went to the Roman Baths: 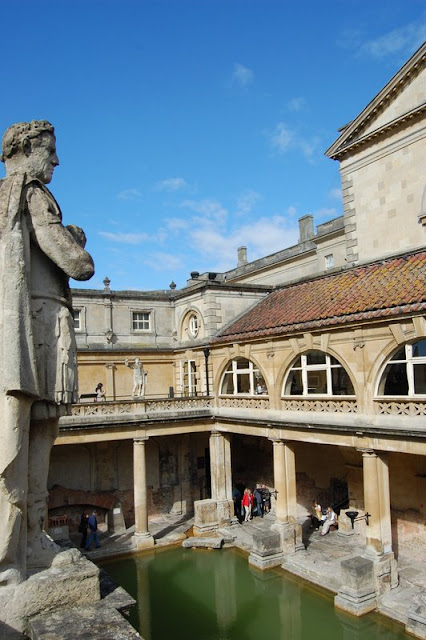 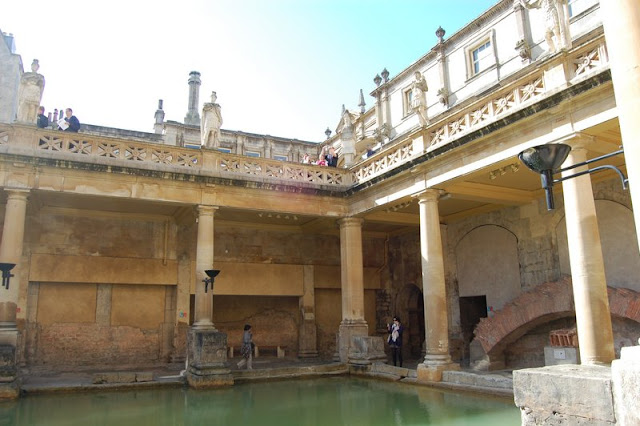 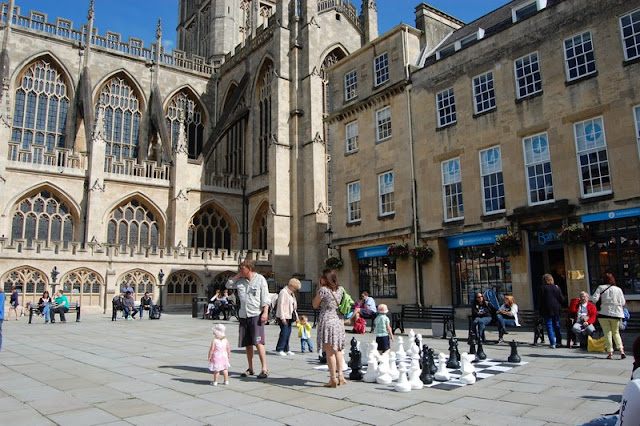 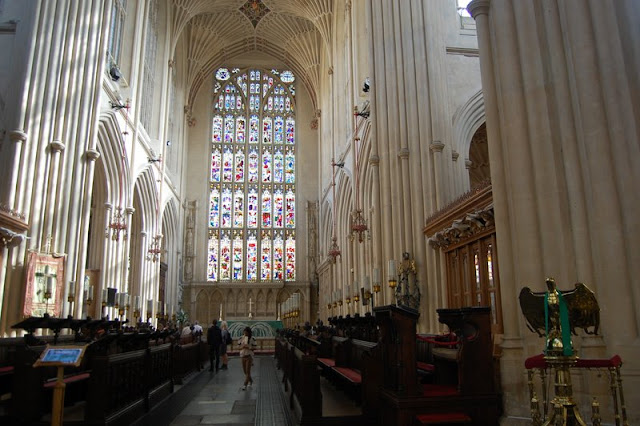 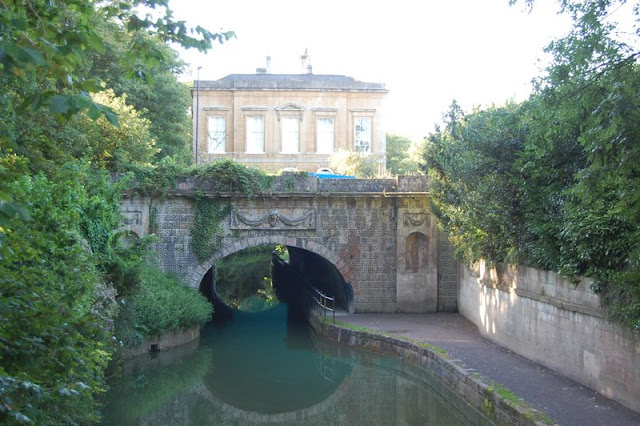 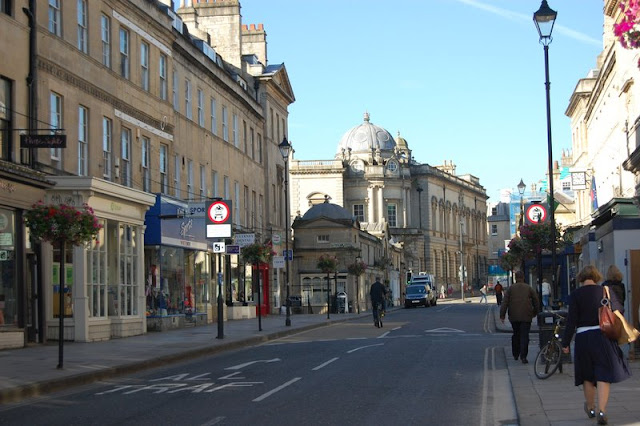 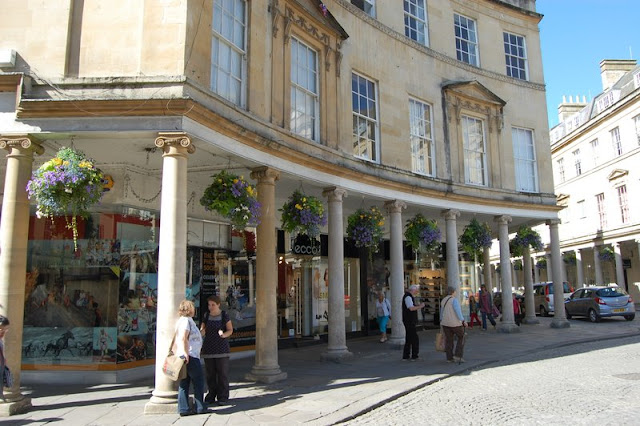 That night, Nigel, Deirdre, RVPainter and I went out for a grown-ups only dinner in a local pub. The next day, the whole family took us out for what Orla later called our Beautiful Yummy Day: 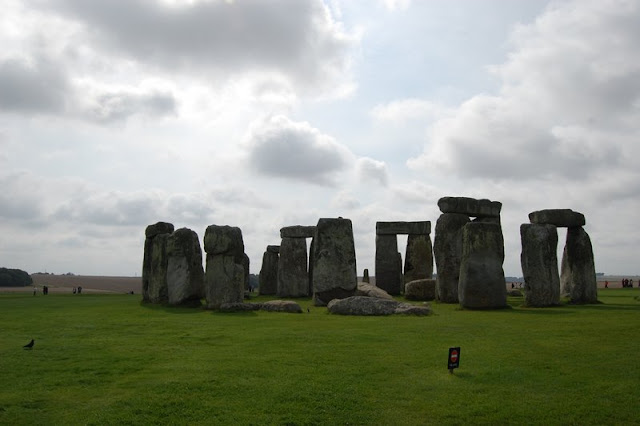 ﻿﻿
﻿
﻿﻿﻿
Then we went to Stourhead House, which is one of the National Trust properties. It was such a beautiful place!

There are acres and acres of land, with meandering paths and ponds with bridges... 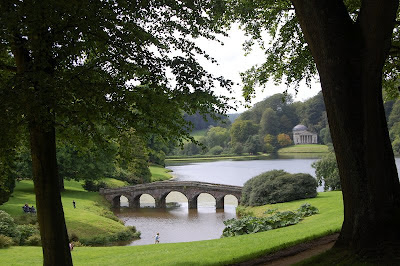 And a magical Owl Tree... 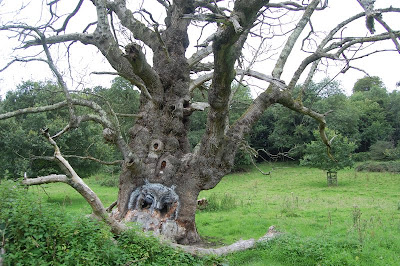 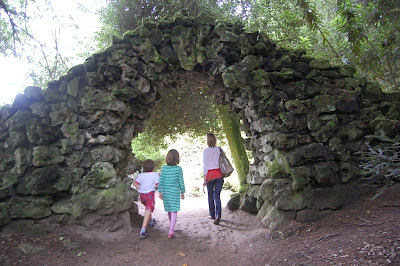 ﻿
And buildings like ones in ancient Greece - this one has statues inside ... 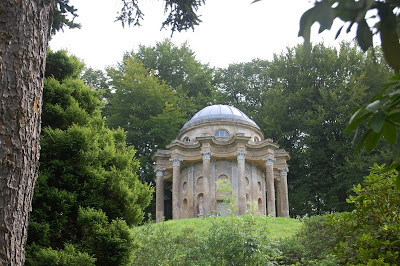 And afterward, we had ice cream! Then we went back to their house, where Orla and Lorcan dressed up in all their costumes for us. Orla was right - it really was a Beautiful Yummy Day!

The next day, we had to leave for Liverpool, and Deirdre, Orla and Lorcan came to see us off - in fact they road the train to Bristol Temple Meads with us. ﻿ 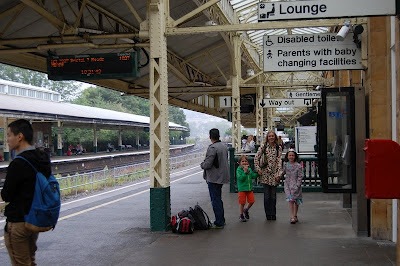 Then we sadly said goodbye and continued on our way - next stop - Liverpool!
﻿