Blog Visit from Paul Anthony Shortt, Author of LOCKED WITHIN

I'm delighted to welcome Paul Anthony Shortt to my blog this week. Paul has just released his supernatural thriller, Locked Within, and I can't wait to read it. He's an inspiration, because he's written and published this book during a time of deep personal sadness, yet his attitude toward life has remained unceasingly positive.
Please welcome Paul and check out his book. He'd love it if you'd leave a comment to let him know you came by. Links to Paul's blog and his book on Amazon are toward the end.

I’m a massive child at heart. So much so that one of my favourite things in the world is sitting on the couch watching Christmas movies, wrapping presents.

It’s safe to say that for a very long time my primary Christmas wish was to become a published author. This year, it happened. Locked Within tells the story of Nathan Shepherd, a man working in a dull office job with a struggling relationship. A man obsessed by patterns in small details. He investigates a series of murders which he comes to believe have been committed by the same person, or persons, over the course of 160 years. His search leads him to a hidden supernatural society within New York, populated by vampires, ghouls, and other monsters. But Nathan is not powerless against them. He is reborn, a person who can remember past lives and use their knowledge and power. Can he free that power to use it against the creature preying on the innocent? Or will he lose everything he cares about and become lost in this dark world?

A central theme to the book is that of rebirth. I’ve always seen Christmas as that. A time for hope and joy. The death of one year, which allows the rebirth of the new. You see, there are no endings. Only new beginnings. Christmas is a time to celebrate the good that’s come before and look forward to the good that is yet to come. We gather together for warmth and companionship, reassuring ourselves that we are loved and that we love in return.

This year sees an added blessing.

As some of you may know, my wife and I lost our first son last year when he was just three days old. We came through that horrible ordeal stronger, and more aware of how much our friends love us, than ever before. While we still miss him, we have not one, but two babies on the way. Our twins are due to be delivered by c-section on the 31st of December. A perfect way to see out the year.

By the time 2012 comes to a close, I’ll have realised my lifelong dream of becoming a published author, and seen the birth of my second and third children. I can’t imagine any greater wish to have come true this Christmas.

What are some of your Christmas wishes? 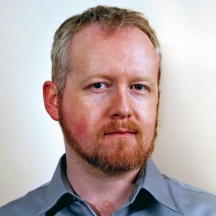 A child at heart who turned to writing and role playing games when there simply weren’t enough action figures to play out the stories he wanted, Paul Anthony Shortt has been writing all his life.

Growing up surrounded by music, film and theatre gave him a deep love of all forms of storytelling, each teaching him something new he could use. When not playing with the people in his head, he enjoys cooking and regular meet-ups with his gaming group. He lives near Dublin, Ireland with his wife Jen and their dogs, Pepper and Jasper. 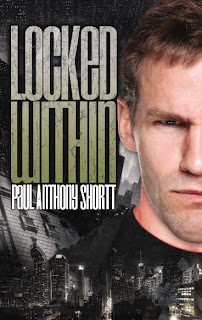 The supernatural realm and the mundane world have existed side by side since the dawn of time. Predators walk the streets, hidden by our own ignorance. Once, the city of New York was protected, but that was another age.

Now a creature emerges from the city's past to kill again, with no one to hear the screams of its victims. The lost and the weak, crushed under the heels of the city's supernatural masters, have given up hope.

But one man finds himself drawn to these deaths. Plagued by dreams of past lives, his obsession may cost him friends, loved ones, even his life. To stop this monster, he must unlock the strength he once had. He must remember the warrior he was, to become the hero he was born to be.

His name is Nathan Shepherd, and he remembers.

Let the end of the world come tumbling down

I'll be the last man standing on the ground

And if my shadow's all that survives